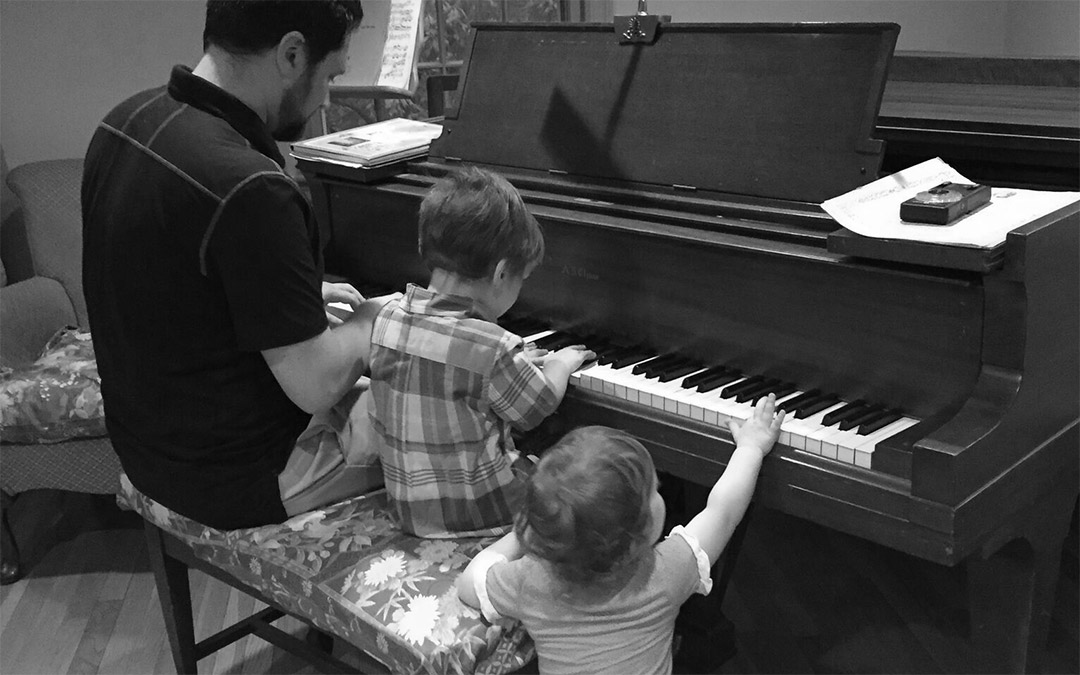 Dan Aaronson is a Boston-bred multi-instrumentalist songwriter and vocalist living in Chicago, Illinois.  He grew up playing the piano and idolizing Bruce Hornsby.  At age 14 he composed and performed the processional music at his 8th grade graduation ceremony.  Dan made his professional musical debut in the early 2000s as a founding member of the award-winning Tufts University-based jam band Redshift 6, playing the Boston music scene and sharing the stage with such artists as Guster, Jurassic 5 and Original P.  His 2003 solo debut, the jazz- and new age-infused instrumental album Daylight Savings, was distributed internationally by the Orange Music label.  In the years following, Dan relocated to Chicago, started a family, and ultimately traded his day job as a government attorney for that of full-time dad (and part-time musician).  He formed Dan Aaronson and Friends in 2014 and released Midnight Sunrise in 2016.


Warning: count(): Parameter must be an array or an object that implements Countable in /homepages/35/d358771386/htdocs/danaaronson/wp-includes/class-wp-comment-query.php on line 405