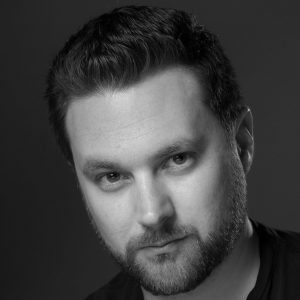 Dan Aaronson is a Boston-bred multi-instrumentalist songwriter and vocalist living in Chicago, Illinois.  He grew up playing the piano and idolizing Bruce Hornsby.  At age 14 he composed and performed the processional music at his 8th grade graduation ceremony.  Dan made his professional musical debut in the early 2000s as a founding member of the award-winning Tufts University-based jam band Redshift 6, playing the Boston music scene and sharing the stage with such artists as Guster, Jurassic 5 and Original P.  His 2003 solo debut, the jazz- and new age-infused instrumental album Daylight Savings, was distributed internationally by the Orange Music label.  In the years following, Dan relocated to Chicago, started a family, and ultimately traded his day job as a government attorney for that of full-time dad (and part-time musician).  He formed Dan Aaronson and Friends in 2014 and released Midnight Sunrise in 2016. 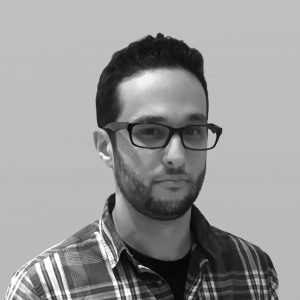 Jonny Aaronson is a musical and visual artist from the Boston area.  He cites amongst his musical influences the guitarists Mark Knopfler, John Scofield and Pat Metheny.  He began studying guitar at the age of nine and made his recorded debut at age 16 on brother Dan Aaronson’s 2003 album Daylight Savings.  Jonny works as a media artist with expertise in animation and motion graphics, video editing and effects, and graphic design.  He conceived and created the album art and layout for Midnight Sunrise.  His professional portfolio can be found at www.aaronsonportfolio.com. 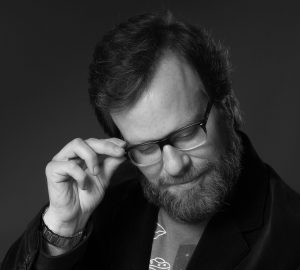 Guitarist Tim Weber hails from tiny Cleveland, Wisconsin but has called Chicago home since the turn of the century.  He counts Jerry Garcia, Jimi Hendrix, Stephen Malkmus and Nels Cline among his axe-wielding idols, and his left-handedness makes him a prime candidate for power tool injuries.  In his spare time he enjoys climbing trees, missing the point and spending time with his family. 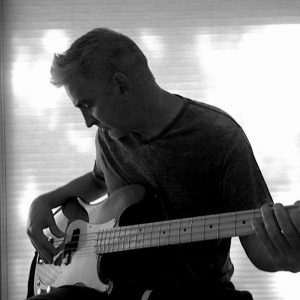 Chris Blomquist is a bassist, guitarist and avid collector of musical instruments.  Born in Chicago, he has spent decades honing his low-end craft by learning from and listening to everything from Peter Cetera (Chicago) to John Taylor (Duran Duran) to John Stirratt (Wilco).  A self-described computer nerd since the age of ten, Chris has long enjoyed exploring the intersection of music and technology.  He has performed with Chicago-area legends Empty Shack, 4WD, Clamshell, and Wedding Tackle.  Describing his musical collaboration with Dan as “a wonderful new adventure,” Chris looks forward to continued music-making as a member of Dan Aaronson and Friends. 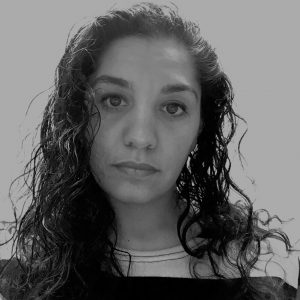 Neeloofar Haghighat Jenks is a vocalist who lives in the San Francisco Bay Area.  She has sung in choral groups for most of her life, and she is working on developing a harmonious garden of flowers and vegetables and a colony of bees. 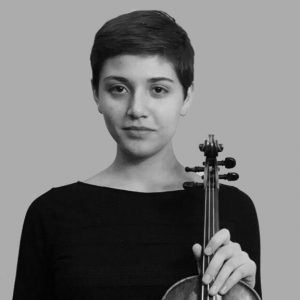 McKenna Glorioso is a violinist living in Montreal, Quebec.  She attends the Schulich School of Music at McGill University where she is pursuing a Bachelor’s degree in Violin Performance.  Along with her classical studies, McKenna enjoys performing contemporary classical music and collaborating with jazz, folk and pop musicians.